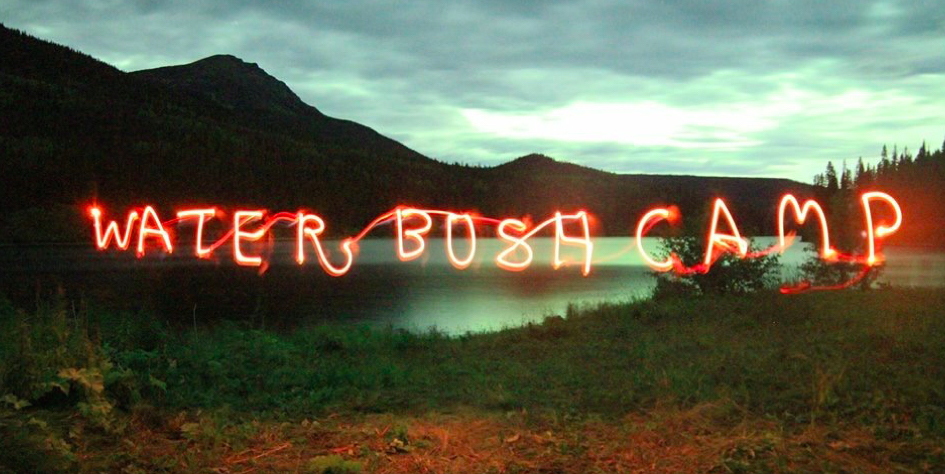 Water Bush Camp – Learning from the Land from Zack Embree

For four days in early August 2015, Indigenous community members, water scientists, lawyers, activists, and artists will gather at a remote mountain lake in north-eastern British Columbia: the traditional shared territory of Halfway River, Saulteau, and West Moberly First Nations. The Water Bush Camp to which they have been invited is a “learning from the land” experiment that replicates and honours the experiences and traditional ecosystems management practices of the Dunne-Za. 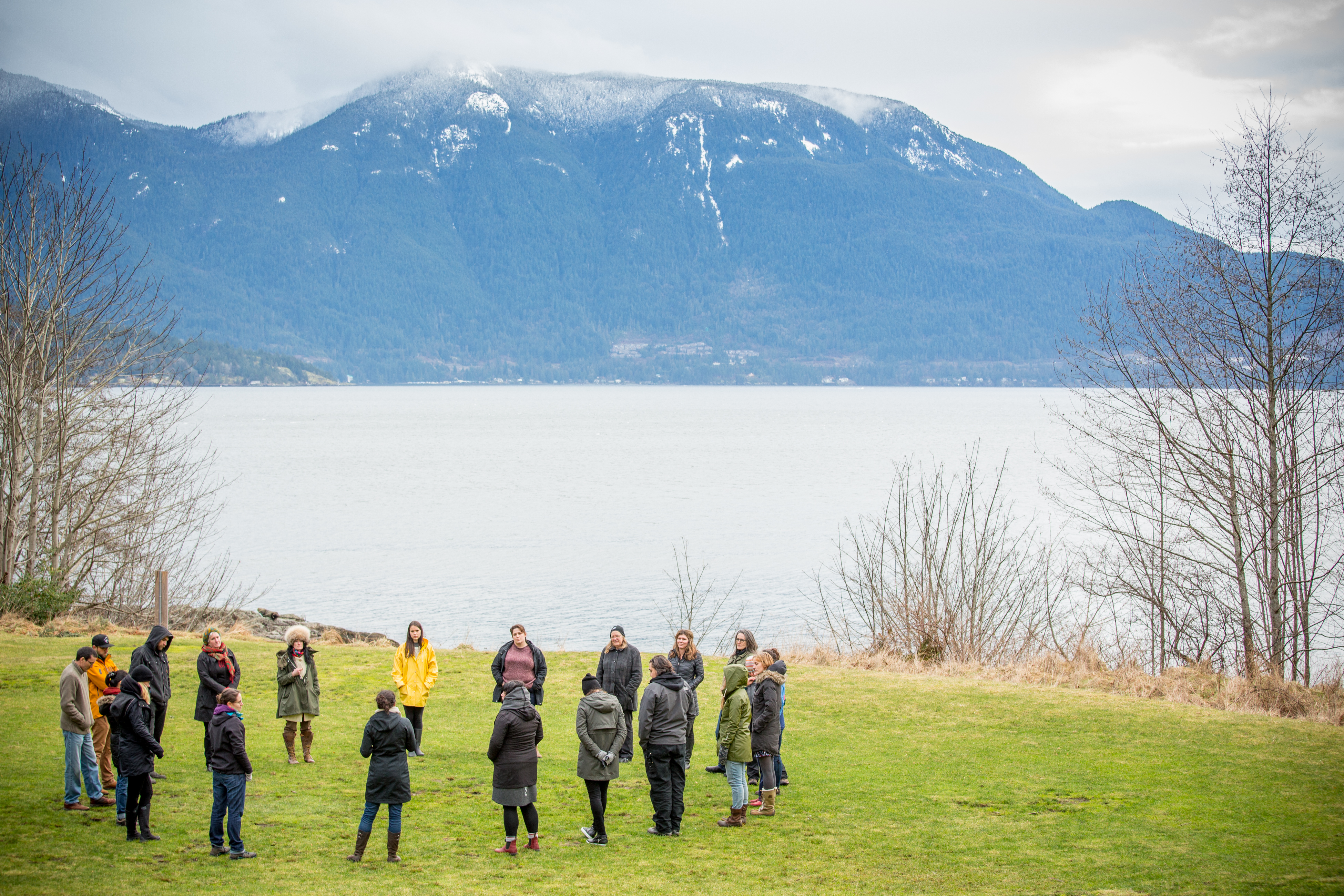 The purpose of the meeting was to have all members come together to discuss long term goals for the grant, the governance structure and research process. It was also an opportunity to hear the goals and work plans of each working group, as well as to provide collective feedback. 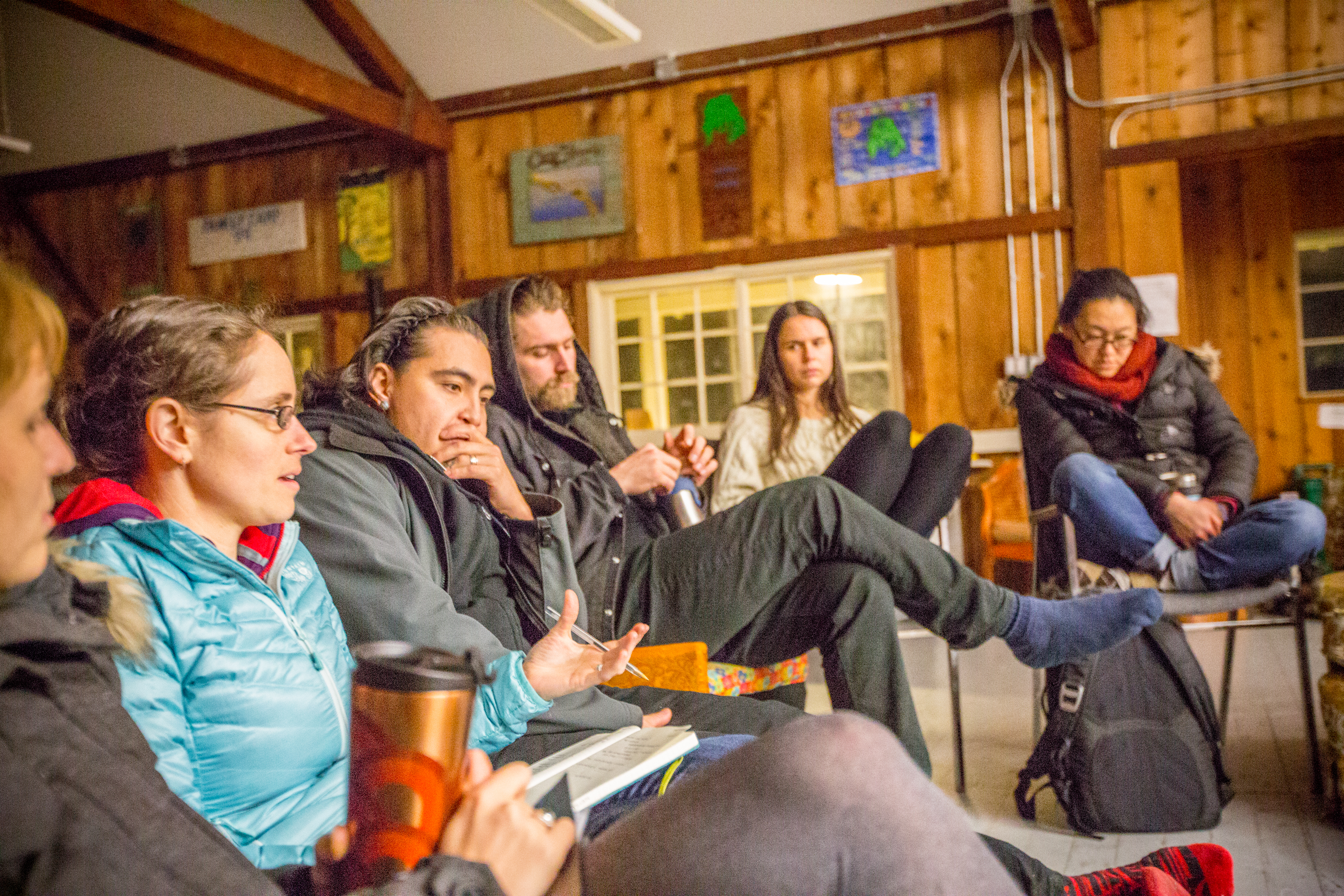 There were a total of 35 attendees at this meeting that included project partners, students, and UBC staff. We were honoured to be joined by Cease Wyss on the first day to welcome us to the unceded Coast Salish lands and waters of Gambier Island and for bringing us her tea. 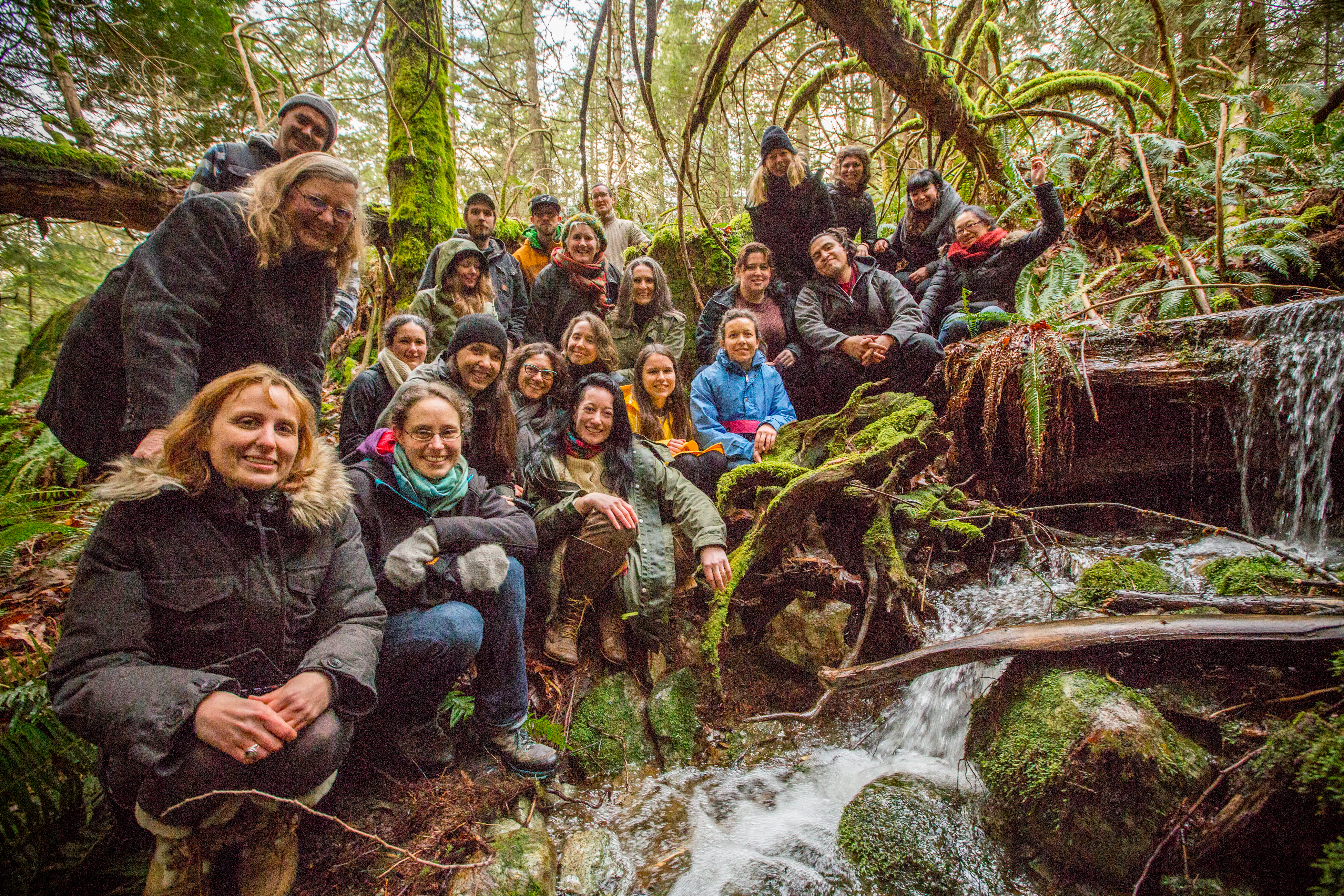 A special thank you to Daytona for supplying us with her beautiful art and beadwork with the leather cardholders! 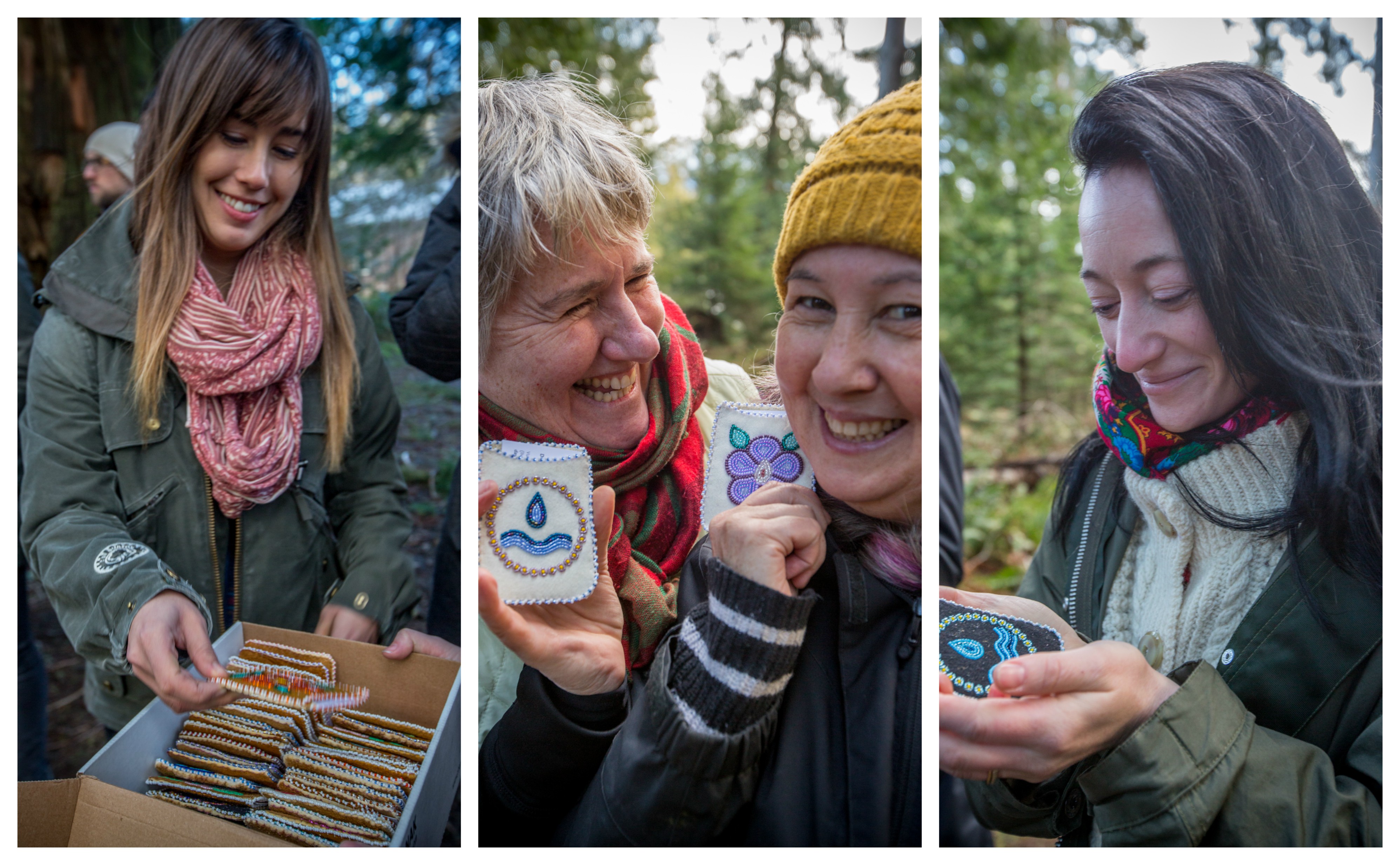 On October 12th,  36 team members travelled to Treaty 8 Territory, the home of Dechinta Centre for Research and Learning. Upon arrival into Yellowknife, team members travelled by bush plane to Blachford Lake Lodge. Despite the fresh snow, everyone arrived safely and found their way to their cabins to settle in for the next three nights. 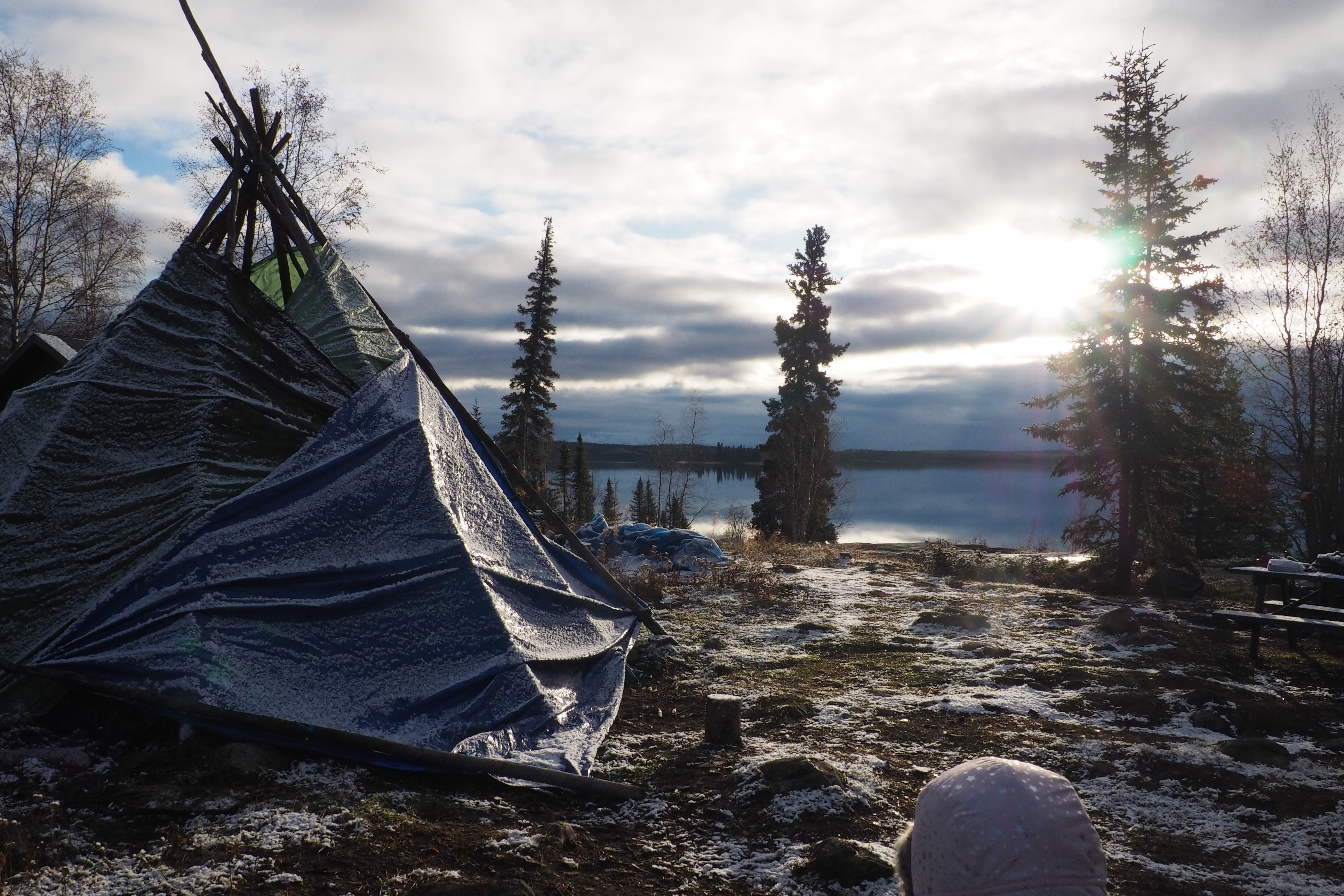 Each morning team members gathered in the teaching tent, a canvas tent heated by a wood burning stove with a floor of ori (spruce bows) that had been collected in the previous days. During the first morning, Glen shared the history of the territory and Erin explained the history and origins of Dechinta University. Each day team members were encouraged to work together in small groups to discuss their respective grant projects, while engaging in land based activities, including fishing and gathering medicines. 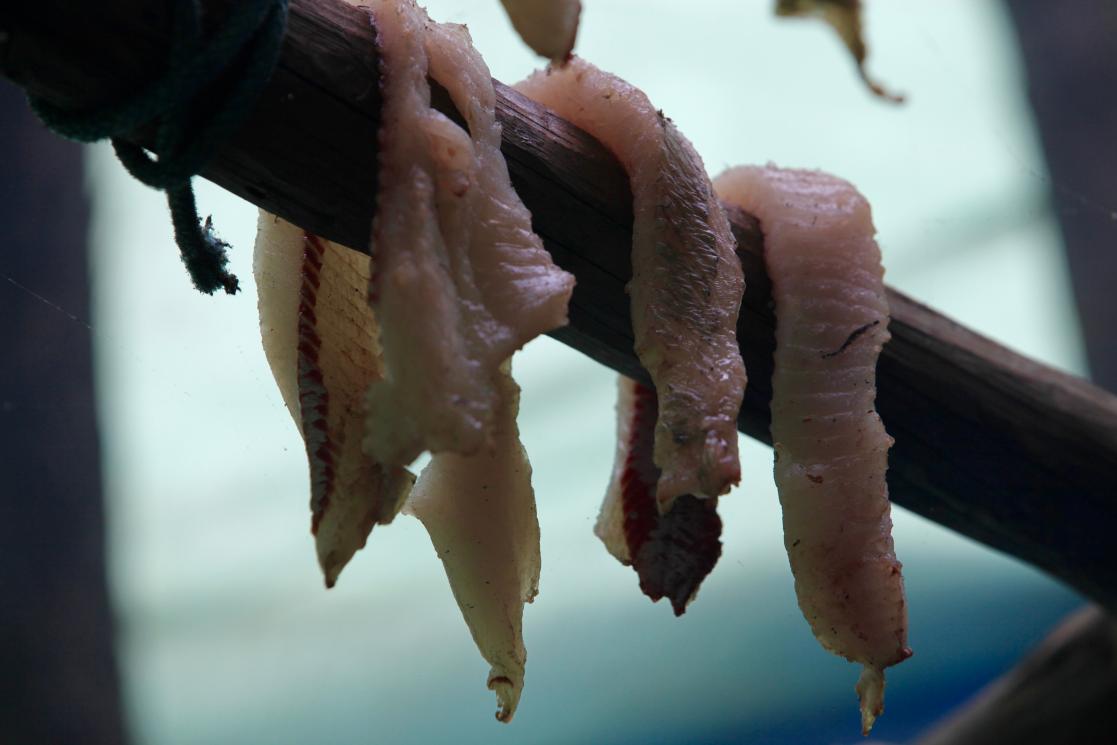 Spending time working together allowed the many synergies of team members to come to the forefront of conversation. Further conversations were had on the importance of student contributions to the collective research goals of the team. As the team moves into Phase Two of the project with an increased focus on community based research, we discussed the ways in which different team members can participate in the Anishinaabe Research Cluster which will be chaired by Aimee Craft. 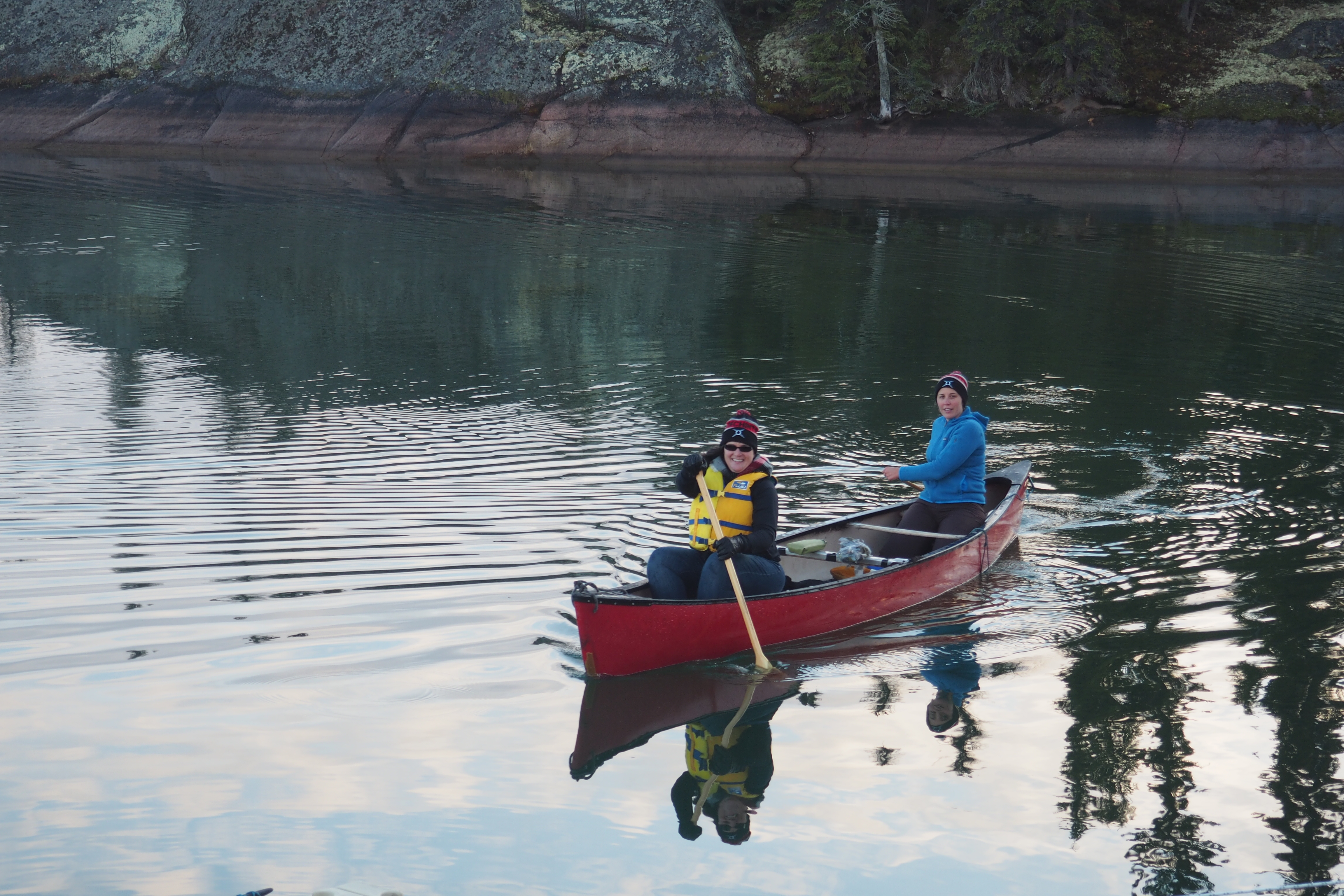 In addition to these discussions, Theodore Eyster was able to demonstrate the use of the water monitor that he developed with Dr Mark Johnson as part of his MITACS internship with grant partner Brinkman. Many of us were able to participate in the building and over the next few months team members will be working on finalizing the instructional manual and video. 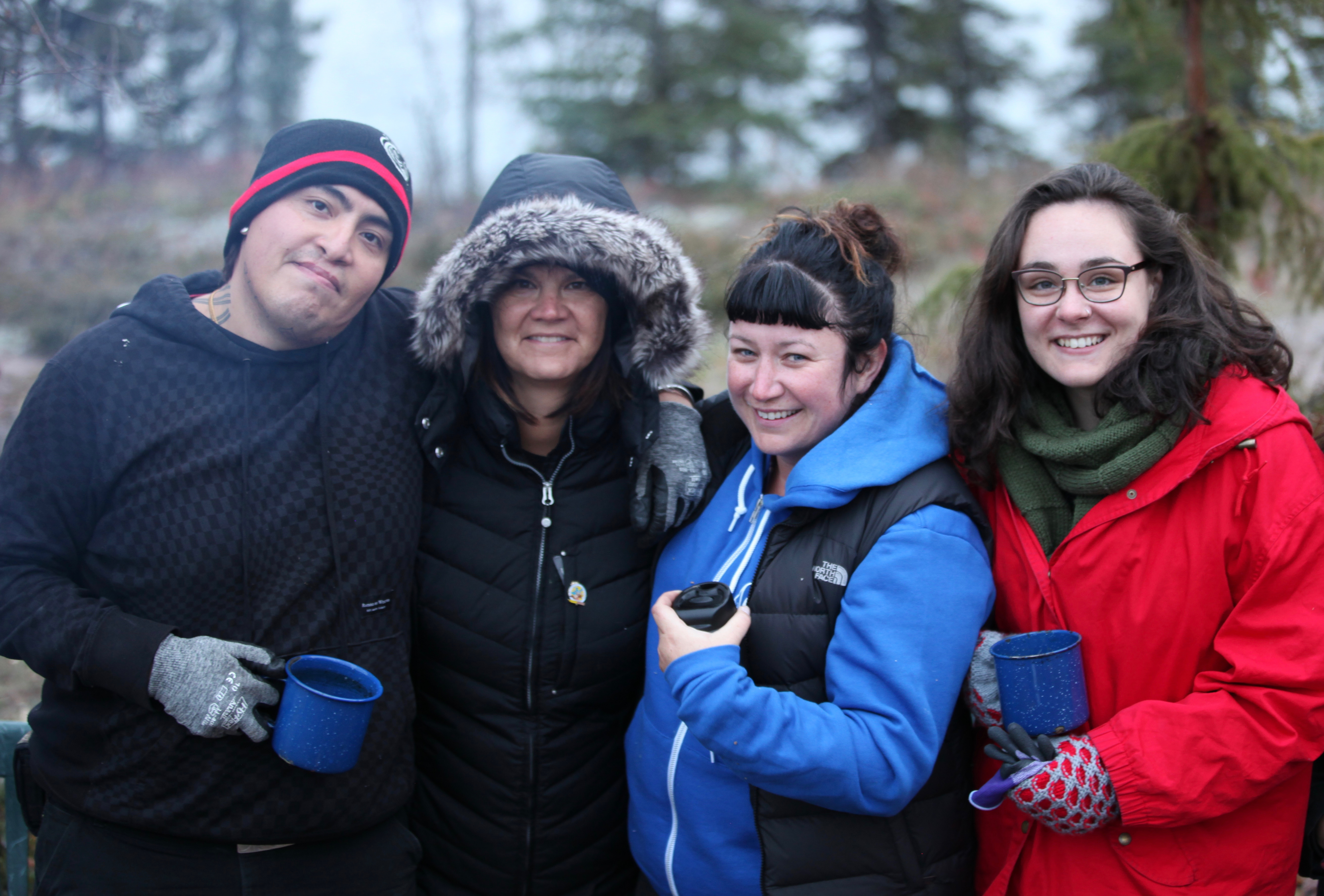 Everyone shared their important contributions to the project, and we all left with a renewed commitment to the Decolonizing Water Project, and the next steps of the work.

A very special thank you to Glen, Erin, Berna Martin and Paul MacKenzie for all their hard work to host the team at Dechinta.

In May 2018, the Decolonizing Water Project team was delighted to be a supporter and sponsor of the Anishinaabe Nibi meeting at Manito Api Site – Wiigwam Teaching Lodge (Bannock Point, Whiteshell Provincial Park). The theme of the meeting was Nibi Nagamonan – Water Songs.

Over the last 5 years, Professor Aimée Craft has been working with Elders and learning from them on Anishinaabe law, with a specific focus on water law, Anishinaabe nibi inaakonigewin. There have been five gatherings  (Roseau River in June 2013, Whiteshell Provincial Park (Bannock Point) in September 2014, June 2015, May 2017 and May 2018). There have also been various planning meetings and mini-gatherings with the Elders throughout these years.

At the first gathering, Dr. Craft and students took notes and also recorded the elders to build a Report (link below) of the Roseau River Gathering in 2013 for the public on request of the Elders. The Anishinaabe Nibi Inaakonigewin Report can be found here.

A very special thank you to Dr. Aimée Craft and all of the other co-organizers for their hard work in organizing and co-hosting the meeting.