Within Indigenous communities, concerns regarding water quality from inadequate infrastructure and upstream industrial development, as well as ecosystem and human health effects from toxin release into the environment have increased significantly (Grinde 1995). This has led to a commonly encountered issue that many of the standards in place do not adequately account for or include a holistic approach for assessing the social, cultural, and spiritual values, beliefs, and practices that link First Nations peoples to their environment (Wolfley 1998). Many communities are now taking it upon themselves to identify environmental contamination problems and their sources, establish and enforce environmental regulations that include traditional ecological benchmarks, and develop sustainable, long term environmental protection objectives (O’Brien 2000). 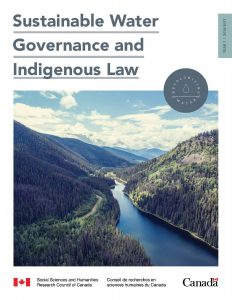 Check out the first year of the project! Click here to read the review.

Script: What is “UNDRIP”?

Lisa Girbav: When people talk about Indigenous rights, you may hear people use the acronym “UNDRIP”. UNDRIP is shorthand for the United Nations Declaration on the Rights of Indigenous Peoples.

The United Nations Declaration on the Rights of Indigenous Peoples is the result of many years of policy work, formally starting in 1982, with advocates and social movements beginning much earlier than the 1980’s. Indigenous people were “looking for international help in recognizing and addressing Indigenous issues” (Champagne, 2012, p. 9). This work started with a working group from the UN’s Economic and Social Council, with the goal of setting a minimum set of “standards that would protect Indigenous people.”  (Division for Social Policy and development of Indigenous Peoples, Historical Overview, para. 1). The first draft of this declaration was submitted in 1994, twelve years after its initial inception (para. 3). According to the United Nations website, this processes was slow, as States were concerned for some of the provisions in the draft. This included provisions around self-determination for Indigenous peoples and control over natural resources (para. 4). which is linked to collective property rights in Indigenous territories. The UN Human Rights Council adopted UNDRIP in 2006 (para 6), then the General Assembly adopted the draft resolution that same year.

But it wasn’t until September 13th, 2007 that the General Assembly, made up of all the member states of the UN, voted on the adoption of the United Nations Declaration on the Rights of Indigenous Peoples. In the initial vote, UNDRIP was adopted by 144 member states, with four votes against and eleven abstentions. The four member states that voted against the adoption of UNDRIP were Australia, Canada, New Zealand and the United States.

These four states have something in common, they’re all fairly young states with a much older history of Indigenous occupation.  They are all former British Colonies with existing Indigenous peoples. These colonies eventually developed their own systems of self governance, separate from Britain, as settler-states. There was concern that UNDRIP would threaten to undermine the order of these settler-states, particularly in provisions around self-determination and collective property rights for Indigenous peoples. Since the initial adoption and opposition of UNDRIP, Australia, Canada, New Zealand and the United States have reversed their positions, and are now in support of UNDRIP. Colombia and Samoa have also since endorsed the declaration.

The United Nations Declaration on the Rights of Indigenous Peoples acts as a voluntary set of minimum standards for Indigenous rights, but the declaration is not legally binding for states to adhere to. UNDRIP recognizes the injustices suffered by Indigenous peoples from “their colonization and dispossession of their lands, territories and resources” that prevent them from exercising their right to develop politically, socially and economically to meet their needs and interests (UNDRIP, 2008, p. 2). The declaration also recognizes the need to respect and promote Indigenous rights as they’ve been outlined in agreements with states such as treaty relationships.

On self-determination, the United Nations Declaration on the Rights of Indigenous Peoples states in Article 3, quote:

Indigenous peoples have the right to self-determination. By virtue of that right they freely determine their political status and freely pursue their economic, social and cultural development. (UNDRIP, 2008, p. 4)

This part of the declaration states that Indigenous peoples have the right to determine their own future and political status without interference. In recognizing Indigenous peoples right to self-determination, Article 4 also outlines the right to autonomy or self-government as it relates to internal, local affairs and financing autonomous functions (UNDRIP, 2008, p. 4).

Another important aspect of UNDRIP is the concept of free, prior and informed consent, referenced in Articles 10, 11, 19, 28, 29. Free, prior and informed consent is the ability for a party to consent to or reject proposals form another party without coercion. For Indigenous peoples, this means that governments and private companies must attain consent in a fair manner.

UNDRIP describes the way states should consult with Indigenous peoples through their own “representative institutions”. Article 19 says:

States shall consult and cooperate in good faith with the indigenous peoples concerned through their own representative institutions in order to obtain their free, prior and informed consent before adopting and implementing legislative or administrative measures that may affect them.

The United Nations Declaration on the Rights of Indigenous Peoples has 46 articles in total, and is 15 pages long. The declaration is available online, if you’re interested in reading it in full.

My name is Lisa Girbav, your host and producer of this podcast. I’m also a Research Assistant for Decolonizing Water based out of the UBC Vancouver campus.

If you want to find out more information on Decolonizing Water, you can check out decolonizingwater.ca, or find us on Facebook and Twitter.

Morin, B. (2017). Where does Canada sit 10 years after the UN Declaration on the Rights of Indigenous Peoples? Retrieved from http://www.cbc.ca/news/indigenous/where-does-canada-sit-10-years-after-undrip-1.4288480

Girbav: Decolonizing Water is a water project that aims to support water security for Indigenous communities. This project brings together leading Indigenous thinkers, natural scientists, artists, lawyers, and community members. Rooted in Indigenous law, it will use the most innovative, western, scientific advancements in monitoring technology to create a hybridized water governance and monitoring program. Decolonizing Water is funded by the Social Sciences and Humanities Research Council and will run from 2016 until 2023.

Hello, and welcome to the second Decolonizing Water Lunch Lecture. Our open house episode of Unceded Airwaves at CiTR 101 FM. In this podcast, we will hear from Willow Thickson, a medical student at UBC and Gordon Christie, a UBC Law professor. This talk is in collaboration with Decolonizing Water and the Indigenous Collective at CiTR. Decolonzing Water is a SSHRC funded project. That is the Social Sciences and Humanities Research Council. Decolonzing Water is partnering with the University of British Columbia to create a prototype of an Indigenous-led community-based water monitoring program that is rooted in Indigenous law. The project aims to create tools that support Indigenous communities to implement Indigenous water laws. Decolonizing Water also aims to create suggestions for reforms to colonial water law that would enable it to make room for Indigenous water laws. This podcast was recorded and produced in the traditional, ancestral and unceded lands of the hən̓q̓əmin̓əm̓ speaking Musqueam people.

Decolonizing Water and the Indigenous Collective at CiTR are two organization that strive to keep the relationship between land and Indigenous peoples at the forefront of the work that we do to decolonize water governance and broadcast media.

My name is Lisa Girbav and I am a Research Assistant for Decolonizing Water based out of the UBC Vancouver campus. The technical recording was managed by Nikita Daywith assistance from John Q. Josh Kioke edited this talk into the podcast.

Today we will be discussing Indigenous peoples and our relationships to water in the treaty 8 territory with Willow Thickson and Gordon Christie. Here is the Decolonizing Water Lunch Lecture in partnership with the Indigenous Collective at CiTR in the Open House episode on Unceded Airwaves.

Welcome this Decolonizing Water podcast – the World Water Day roundtable on CiTR. In this talk, we’ll ask what happens if people put protection of water first and foremost as their priority? How would BC’s planned fossil fuel expansion and hydro-dam expansion impact watershed health and Indigenous rights? What does reconciliation that honours water as life look like, and what kinds of actions can everyday people take to protect water?

The World Water Day roundtable event is taking place on the traditional, ancestral and unceded lands of the Coast Salish people, and was recorded and broadcasted live on CiTR 101.9FM from Emily Carr University. We aim to make space for voices from local Indigenous communities. We strive to be mindful of the continued presence of Indigenous Peoples in their territories, and our relationship to one another as we do our work to decolonize water governance.

My name is Lisa Girbav, I am a Research Assistant for Decolonizing Water based out of the UBC Vancouver campus. The technical recording was managed by Jon Kew and myself. Nikita Day edited this talk into the podcast.

Today we will be honouring World Water Day with a roundtable discussion between Audrey Siegl, Carleen Thomas, Helen Knott and Caleb Behn.

Audrey Siegl is an independent activist from the traditional territory of the Musqueam. She is active on grassroots environmental and social justice political front line movements. Audrey has worked on raising awareness on housing issues in Vancouver’s Downtown East Side. She’s also worked on initiatives to protect the Arctic from oil drilling and to stop grizzly bear trophy hunting.

Carleen Thomas works as a member of the Tsleil-Waututh Nation’s Treaty Lands & Resources as the Relationships & Protocol Agreements Coordinator. She’s served on Chief and Council for the Tsleil-Waututh Nation (TWN) for over 16 years. She has represented TWN on the aboriginal advisory boards of North Vancouver School District #44, Capilano University, and Simon Fraser University.

Helen Knott is Dane Zaa and Nehiyawak from the Prophet River First Nation in British Colombia. She’s an activist and poet-writer working for Indigenous land rights in Canada. Helen focuses a lot of her work on the relationship between resource extraction and violence against Indigenous women.

Caleb Behn is Eh-Cho Dene and Dunne Za/Cree from the Treaty 8 Territory of Northeastern BC. He has a law degree from the University of Victoria, and is the subject of the documentary film Fractured Land.

Here is the roundtable discussion for World Water Day from the Emily Carr campus in Vancouver.